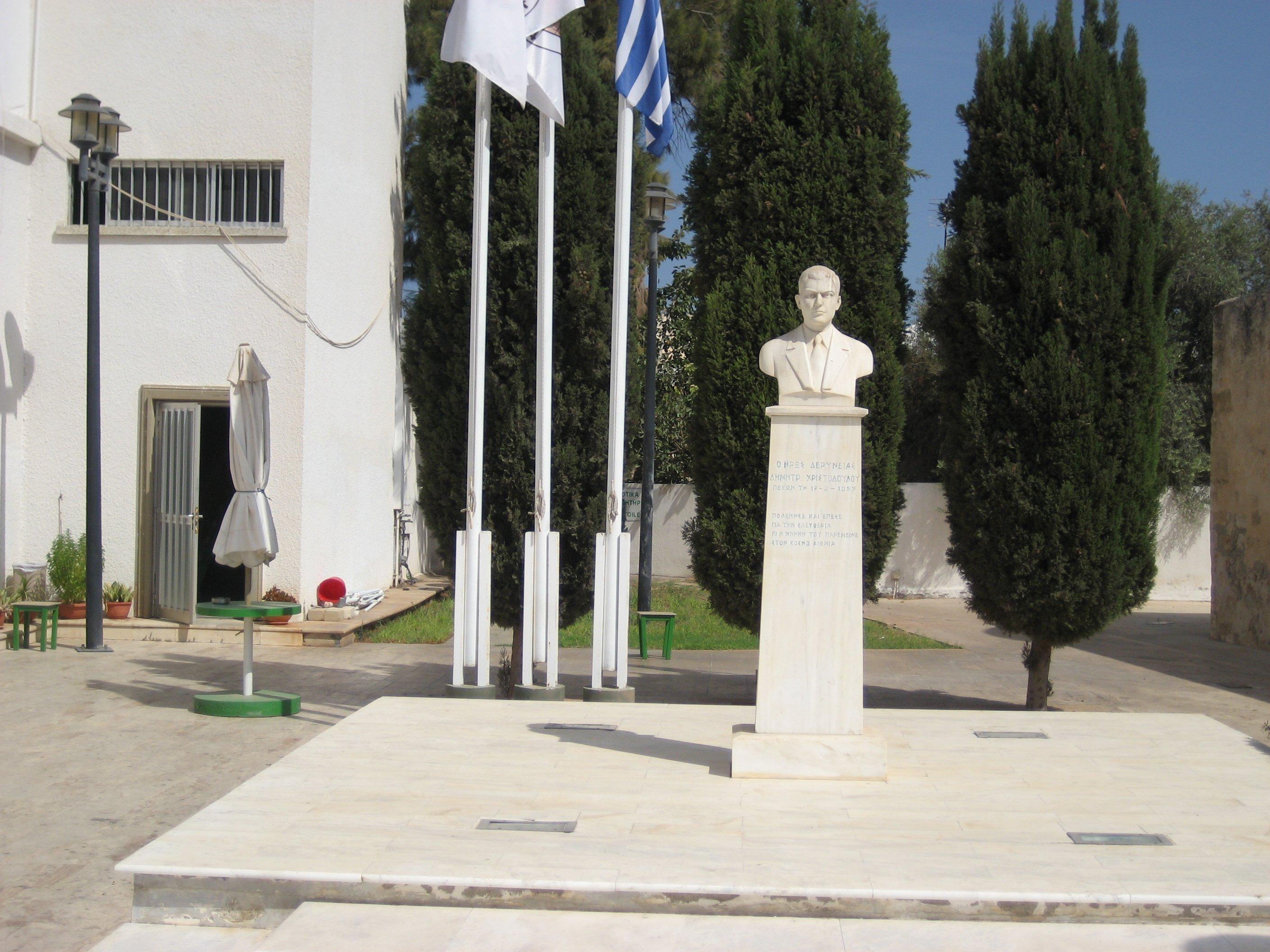 The hero of Deryneia Dimitrakis Christodoulou was killed during the fight for freedom of EOKA 1955 - 1959, ambushed by the English conquerors near the Potamitissa village in the Pitsilia region, on 17 February 1957 along with Sotiris Tsaggaris and Stylianos Lenas.

In honor and eternal memory of the hero the bust was erected in the main square next to the Byzantine church of Saint George. The unveiling of the bust was done by the Ambassador of Greece Mr. Menelaos Alexandraki on 12 June 1966. Under the bust is the inscription “HE FOUGHT AND FELL FOR FREEDOM AND REMAINED IN ETERNAL MEMORY OF THE WORLD. "